More often than not, Richard’s inspiration for new projects has a nautical or beach vibe – and his work is known to include an octopus, shrimp, clam, even a shark! While this might strike some as odd given he lives in a land-locked state, his roots are definitely coastal. Having lived on the Gulf and Atlantic coasts for a good many years, the sea is a huge influence and probably always will be.

The ‘boat swing” was really just a way to use some scraps from another project. The boards used to build the boat were too short to make decent sized furniture, but reclaimed wood never goes to waste in the RJ Arts Workshop. Everyone kept asking, as the boat began to take shape, what the point was…as clearly this would not be a sea-worthy vessel.  Little did they know the plan was for the boat to be a swing.

And an awesome swing it turned out to be! It was the hit of the Fourth of July bash that summer, with everyone fighting for a turn in the boat swing! 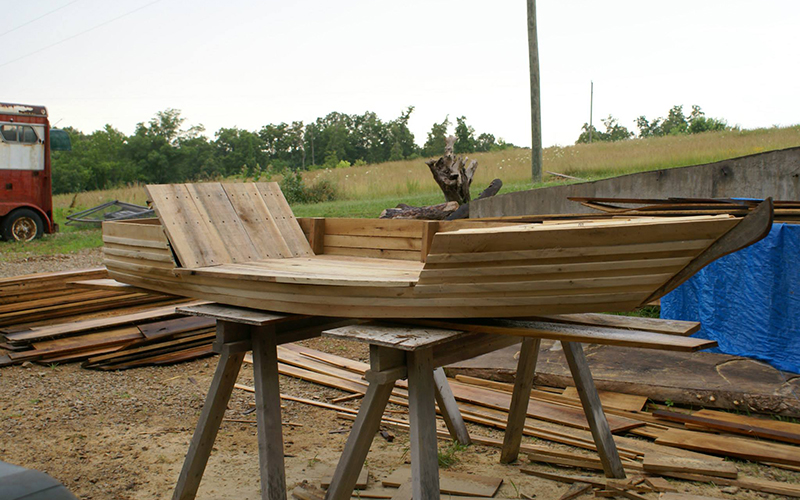 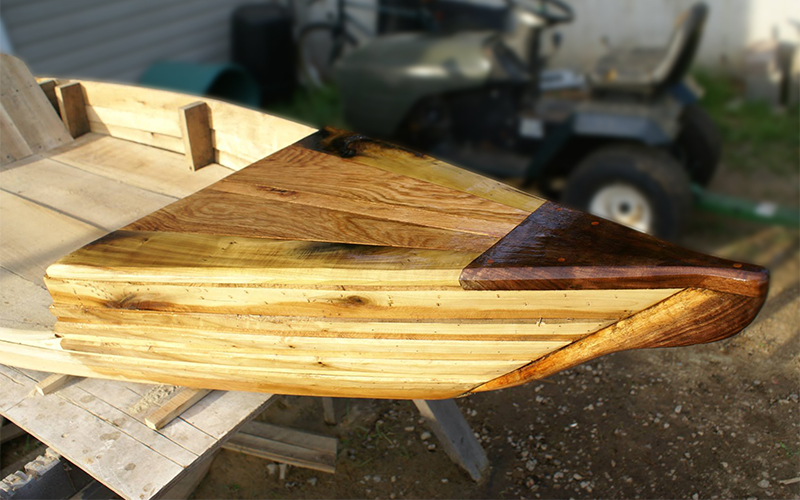 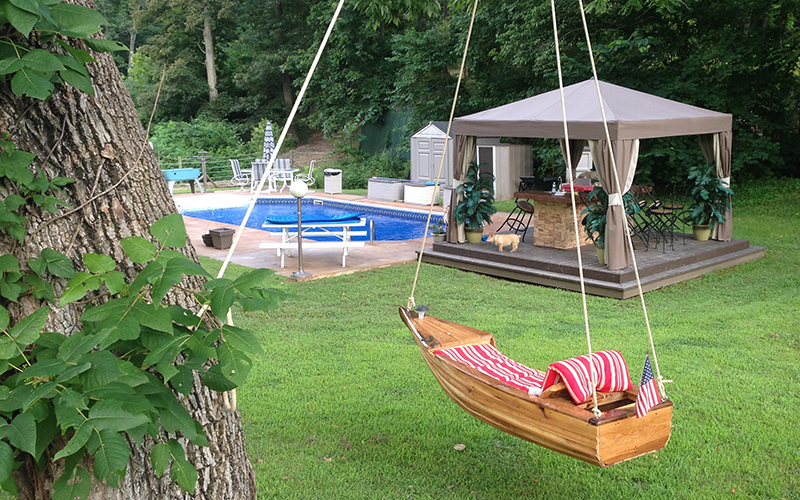 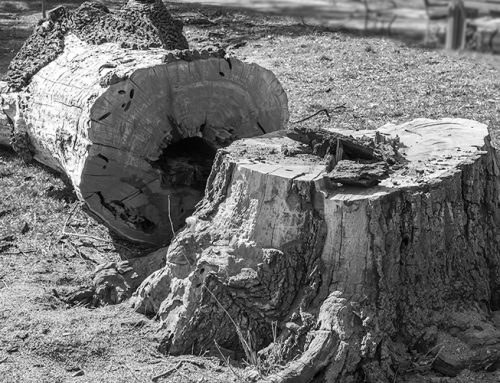